Difference between revisions of "MAOtherBrothersB"

Malachi Babcock, a respected citizen of Natick, died Monday morning, November 6th, of heart disease. Mr. Babcock was born in Sherborn, Mass., Dec. 17th, 1802, and was nearly eighty years of age. He represented the town of Sherborn in the General Court of Massachusetts in the year 1855. He was also one of the oldest Masons in the State, having been made a Master Mason in Middlesex Lodge, A. F. and A. M., of Framingham, Mass., in June, 1827. At the time of his death he was an Honorary Member of Meridian Lodge, F. and A. M. of which he was also Worshipful Past Master, Parker Royal Arch Chapter, and Natick Commandery, Knights Templars. Brother Babcock was one of the seventeen in the town of Sherborn, who signed the Declaration of the Freemasons in 1831, though we do not find his name reported in the list of survivors, in Grand Lodge Proceedings of 1881.

Bro. C. W. Moore — The enclosed Resolves were adopted by Pentucket Lodge at meeting held March 17th, 1859, and which by vote of Lodge, I was instructed to send to you for publication in your Magazine.

A True copy of preamble and resolutions adopted by Mount Horeb R. A. Chapter at a meeting held at Lowell, Mass., on Monday evening, March 14th, 1859. 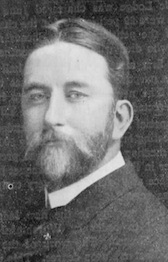 He received his early education in the schools of Lowell and passed the bar examination after pursuing a course of study at Boston University. He practiced law for a number of years. He was appointed Register of Deeds of Middlesex County suceeding the late Captain Thompson, and served out his term of office.

Brother Bacon was Recording Secretary of the Lowell Historical Society, a member of Old Middlesex Chapter, Sons of the American Revolution, and of the Vesper Country Club.

Brother Bacon received the degrees in Freemasonry in Kilwinning Lodge, Lowell, in 1896, and was its Master in 1904 and 1905. He served as Grand Pursuivant in the Grand Lodge of Massachusetts in 1906 and was District Deputy Grand Master of the Eleventh Masonic District in 1908 and 1909. He was a life member of Mother Kilwinning Lodge of Scotland, also a member of the Committee on Curiosities of the Craft eight years from 1908 to 1915. He was exalted in Mt. Horeb Royal Arch Chapter of LoweII, June 8, 1896, and was its High Priest in 1911, and District Deputy Grand High Priest of District No. 9, in 1914. He took the degrees of Ahasuerus Council of Royal and Select Masters in Lowell in 1897. He received the orders of Knighthood in Pilgrim Commandery, K.T., of Lowell, in 1897 and was its Eminent Commander in 1911 and 1912. He was its Recorder from October, 1912 to his decease. He was a member of the Lowell Lodge of Perfection, Ancient Accepted Scottish Rite, of the Lowell Council, Princes of Jerusalem, and was Most Wise Master of Mt. Calvary Chapter of Rose Croix; also he was a member of Massachusetts Consistory 32°.

I quote the language of his life-long friend, R.W. Brother Stevens:

"As we sat in the house of mourning on Sunday last around the casket which contained all that was left of one of the noblest of men, we could. not help thinking how much it would have pleased Horace S. Bacon if he could know the place he held in the hearts of friends and associates, both old and young, who had gathered there to pay tribute to his memory. How it would have gratified him could he have been conscious that in the genuine manliness and generosity of his life he had so deeply touched the humane nature of hosts of people whom he had met in a business and in a social way. Perhaps in the divine economy of things his spirit was cognizant of the strength of the bonds of affection we cherished for him and the sorrow we feel that we shall see him no more."

One of the saddest events that we have been called to record in a long time is the death of Brother Horace S. Bacon, a well known citizen and active Freemason of Lowell, Mass.

Brother Bacon committed suicide Thursday, April 8th, Apparently he had everything to live for, a comfortable financial condition, a good home with wife and two children, an educated mind and expectation of a long and active life, being only forty-six years old. In our present issue we print a contribution from his pen. He was a valuable friend in this direction, sending us with frequency, items of information and news. It is said that he had suffered for the past few months from nervous trouble which had become acute, though his friends did not suspect, from his appearance, that he was under such a mental strain.

Brother Joel L. Bacon died Sunday morning, February 25, at his late residence, Jamaica Plain. He was born in Barre, Aug. 15, 1837. The greater part of his life was spent in Boston. He was employed by the city government, ten years as head farmer at Deer Island, and nine years as superintendent at the almshouse, Austin Farm. For the past eighteen years he had been in business in Roxbury, being the senior member of the firm of Bacon & Tarbell, stable keepers, on Warren Street. Last fall he sold out his interest in the firm and purchased a periodical store at Woolsey Square, Jamaica Plain. He was a member of Joseph Warren Commandery, Knights Templars. He was active in political matters, being vice-president of the Alliance for two years. For more than a year he had been in failing health. The immediate cause of his death was heart disease. He leaves a widow, a daughter, Mrs. Albert N. Pond oi Bridgewater, one grandson, and two brothers, George E. Bacon of Bridgewater and David Bacon of Athol.

Brother Bagley was left fatherless at the age of six. Supporting himself largelv by his own exertions, he managed to secure a substantial education in the East Boston schools. He studied law for a time, but gave up professional aspirations to enter the wholesale clothing business. He served in the Boston City Council from 1904 to 1906, in the House of Representatives from 1906 to 1908, and in the Senate for the four years following.

Brother Bagley's distinguished service was as Deputy Director of Prisons in the Department of Correction, to which post he was appointed in 1916. Here he made a national reputation. as a penologist. He was very successful in dealing with prisoners, basing his work on a conviction that regeneration could be brought about more successfully by scientific approach than by abstract moral appeals. He added to wide sympathy a keen appreciation of human nature and a firm and upright character.

Right Worshipful Brother Bagley was Raised in Baalbec Lodge March 7, 1905, and was its Master in 1920. He was also a Charter member of Everett C. Benton Lodge. He was District Deputy Grand Master for the Third Masonic District in 1922 and 1923, by appointment of Most Worshipful Arthur D. Prince and Most Worshipful Dudley H. Ferrell.

His great accomplishments made him an outstanding and respected figure in the community, and his thoroughly lovable character won hosts of devoted friends. In his passing the state loses a useful citizen and the Fraternity a shining ornament. 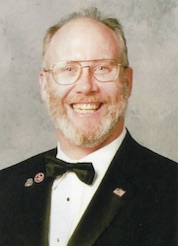 A friend, when asked about his impression of Masonry, he said he thought it was a bunch of foolishness with all the guys in aprons walking around the altar all night long. He showed no further interest, but after a couple of years of being introduced to many other friends in the Kiwanis who were Masons, he finally asked his father-in-law. Brother Manuel Rubin, what it was all about. From that moment, Wor. Chandos L. Bailey III, took to Freemasonry like he was born into it. and never looked back.

Bro. Bailey was raised in Satucket Lodge in East Bridgewater in 1991. He liked what he saw and experienced, and became an officer in the Lodge. He was installed Satucket Lodge"s Worshipful Master in November 1997 by Rt. Wor. Arthur Richardson, who first asked him what he thought of Freemasonry.

Since his year in the East of his Lodge, he has made Masonry a major part of his life. He served as District Awareness Officer under Rt. Wor. Richard T. Austin in 1999 and 2000. During a combined district project with the Brockton 29th and Plymouth 18th Masonic Districts, he was instrumental in the reconstruction of the Peacedale Village at Edaville Railroad in Carver. He also assisted Wor. Francis Foster in the production of 28 programs under the banner of "What It Means to be a Mason" for the East Bridge-water and Whitman Cable Television channels.

Bro. Bailey became active in the Child Identification Program (CHIP) and assisted in the production of a training video for the state. Following his deep commitment and dedication in the program, he was appointed Assistant State Director in June 2000. He also was instrumental in the training of many Brothers from the Grand Lodge of Connecticut when they were in the process of getting their CHIP program launched.

In addition to his extensive Masonic activities, he is active with the local Rainbow Girls and initiated the first Camp Cleanup in the spring of 2000. He is also active in the East Bridgewater Kiwanis Club, having served on its board of directors for three years and received their Spiritual Leader Award in 1994. He is also a participant in the local Veterans Administration Hospital Visitation program in Brockton.

Masonically, he is an affiliated member of Wampatuck and Fellowship Lodges; the Worshipful Masters Association of the South Shore; and the York Rite Bodies of the Satucket-Pilgrim Royal Arch Chapter, the Brockton-Abington Council of Royal and Select Masters, and Bay State Commandery No. 38.

Originally from Canton, Ohio, he attended Western Michigan University and is employed by D'Andrea Foods of East Bridgewater. He is married to the former Parnel Rubin and resides in East Bridgewater.

Brother Bailey's philosophy on Freemasonry is simple, and comes from his Dad who told him at an early age "If you join an organization, don't just sit on your butt and do nothing. They would be better off without you." He feels you should "...just go about your business to do right and live your life, and people do notice what is going on." He believes Masonry afforded him a "niche." He thinks that after going through life searching for a venue to serve, he has found it in CHIP. He fully believes in the program and what it stands for. Providing this service to our kids is "being part of the solution rather than part of the problem." This, he says, is what gives his life meaning. Coincidentally. as a child his nickname was Chip.

Worshipful Chandos L. Bailey III exemplifies the very best of what a Mason can do for his community when given an opportunity. He is truly a MAC Mason.

At the Regular Communication of Aurora Lodge, at Fitchburg, Mass., on Monday evening, May 18, after appropriate exercises on the death of Hon. G. F. Bailey, who was a member of the Lodge, the following preamble and resolutions were unanimously adopted :—