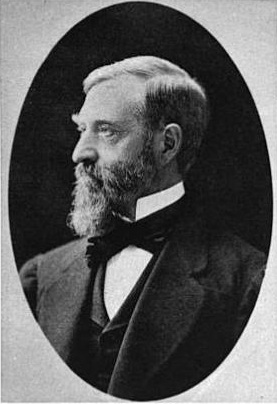 "The Grand Master stated that since the last Quarterly Communication a vacancy had occurred in the ranks of the Grand Lodge; that we missed the familiar form of our R.W. Brother George Washington Warren, who, through a long course of years, had ranked as one of our most devoted and respected members. The Grand Lodge would undoubtedly mark with sensibility the close of this useful and blameless life, and would regard it as a grateful duty to place upon record some memorial of our love and respect for our departed Brother. Brief tributes to his memory were offered by W. Brother Wm. T. R. Marvin and R.W. Brothers Wm. D. Coolidge, Marshall P. Wilder, and Richard Briggs. The M.W. Grand Master appointed as a committee to prepare a suitable memorial of the deceased, to be spread upon the Records,—

Right Worshipful George Washington Warren, whose decease on the early morning of the 13th of May last was announced to the Grand Lodge at its last Quarterly Communication, by the Most Worshipful Grand Master, was the son of Deacon Isaac Warren, of Charlestown, and was born on Bow street, in that part of our city, — then a separate municipality, — on the 1st of October, 1813.

From his family name, his birthplace beside Bunker Hill, and his well-known and life-long interest in everything pertaining to the battle which made the name he bore immortal, it has been supposed by many, and very naturally, that he was of kindred lineage to that youthful and illustrious martyr who there yielded up his life in defence of liberty, and whose memory is hardly less precious to us as Masons than as loyal and patriotic citizens. But his father, who. was a prominent and influential man in society and in the church, was not, we learn, connected, except possibly very distantly, with the family of Joseph Warren.

Our Brother was educated in the schools of his native place, and entered Harvard College as a member of the class of 1830, of which he was afterwards the secretary, and was one of the youngest, if not the very youngest, of those who in that year received the diploma of their Alma Mater.

Shortly after graduation he engaged for a time in teaching, in the Friends' Academy at New Bedford; and here, notwithstanding his youth, he maintained himself so well, even with pupils whose age was greater than his own, that the memory of his successful work there is still gratefully cherished by those who enjoyed his instruction, or were prepared by him for entrance to college. While in that city he was quietly improving his leisure hours in reading law, and about two years after graduating from Harvard he returned to his native place and began the practice of his profession. At one time he was the senior member of the firm of Warren & Farrar, and afterwards associated himself with George B. Neale, Esq.

By his ability and perseverance he soon acquired a considerable practice, and a good reputation as a wise and skillful counsellor, remarkable for one so young. A few years later, in the palmy days of the old Whig party, he was elected to the popular branch of the Legislature, as one of the representatives of his native town, and at the expiration of the visual term was chosen a Senator from Middlesex County, in which capacity he served two years. To his exertions while in this position is due the credit of that legislation by which the election of Overseers of Harvard College was finally placed where it properly belongs, — in the hands of the Alumni; and to this result he looked back with much satisfaction to the close of his life.

When Charlestown received a City Charter he was elected its first Mayor, and he held that position, with honor and credit to himself and satisfaction to his constituents, for four years. About 1864 he was made a trial-justice and judge of what is now the Municipal Court of the Charlestown District, — an office which he filled with dignity and ability till his death. Here he has left the reputation of a just and discreet judge, who tempered justice with mercy without undue lenity, and yet leaning to moderation whenever consistent with duty. He was a man thoroughly interested in public affairs, and in whatever tended to advance the happiness of his fellow-men.

As Vice-President of the American Colonization Society, and one of the Trustees of the Massachusetts Auxiliary of that institution, he rendered important service in the elevation of the black man to his proper position, where he should be free from those impediments which centuries of servitude had added to social exclusion, and which the prejudice of race had imposed upon him. By voice and pen, by personal solicitation and liberal benefactions, Judge Warren did his part in aiding that despised people to establish a place among the nations of the earth. Liberia College, the first institution of modern times in Africa, where a black man might receive a liberal education from men of his own color, numbered our Brother among its earliest, warmest, and most influential friends.

As a member of the New England Historic-Genealogical Society; as a director in the Maverick Bank and in the Warren Institution for Savings; as an active member of the Unitarian Church in Charlestown, and of the First Church in Boston, — in the latter of which he filled the honored place, of a deacon, — "holding," as the apostle had charged, and as his venerable father had done before him, in the like office, "the mystery of the faith in a pure conscience," he was ever ready to labor for the cause of his Master, — in these and like positions of duty and responsibility he was quick to perform the work given him to do; a prudent and careful manager, whose ear was open to the call of the needy, and whose hand was ready to aid in every good deed. There are those who will sadly miss his kindly sympathy, whose names were known to none but himself.

In his connection with the Bunker Hill Monument. Association, which he served for many years as Trustee and as President, — in the latter office having been succeeded .by our distinguished fellow-citizen, the Honorable Robert C. Winthrop, — our Brother ever felt a just pride. Living for many years under the very shadow of the monument, his hospitable doors were open, on each succeeding anniversary of the battle, and many of the most prominent men of our country, and of foreign lands, have there received his cordial welcome to a hallowed spot; while the patriotic fire which burned so brightly in his own heart, not less certainly, than the glorious memories of the place, have lighted many an answering flame of loyalty and devotion. Of this Society he prepared an elaborate and valuable history.

On several public occasions he has been called to address his fellow-citizens upon the topics of the hour, his latest duty in that direction being the Fourth of July Oration before the city authorities in 1881; but he did not despise an occasional venture in a lighter vein, and those who heard them will not soon forget some verses which he read, not long ago, describing "Governor Winthrop's return to Boston," in which the poet vitalized the bronze statue of that stanch old Colonial Governor, lately erected in Scollay Square, and then listened to the words of wonder and surprise with which the Pilgrim leader commented on the surroundings and the happenings of the Boston of to-day. Dulce est desipere in loco, was a lesson our Brother had not learned in vain from the Roman bard.

Brother Warren had a warm and loving heart, true to his old friends to the very last. In one of the meetings held in his memory by the bar, of which he was so honored a member, perhaps there was no more touching tribute rendered than the words of Mr. Swift, — City Marshal of Charlestown when our Brother was Mayor, — in which he described a call he had made on Judge Warren, in his office, the Saturday afternoon before his death. "Don't be in a hurry," said he, when Mr; Swift was about leaving. "We have been long friends, intimate friends, and I have never seen the time when I had reason to sever that friendship. We are both of us, perhaps, good for twenty years more of life." And so, reluctantly, they parted. Alas! in less than twenty hours our dear Brother was called away.

Brother Warren was initiated in King Solomon's Lodge, Charlestown, the 30th of August, 1843; and received membership in that Body the 27th of the following November, serving it as its Junior Warden in 1844. When Henry Price Lodge was formed, Brother Warren's name was included among its Charter Members. He was its Senior Warden under the Dispensation, and its Worshipful Master in 1860. He was a regular attendant at its meetings while residing in Charlestown, and prepared for its By-Laws the sketch of the first Provincial Grand Master of North America, in whose honor the Lodge was named.

Appointed Deputy Grand Master by R.W. Brother Coolidge, at the Annual Feast in 1860, and thus becoming one of our permanent members, his face has rarely been absent from our meetings, his interest has been unabated, and we have often been benefited by his clear judgment and his wise counsel. In this connection we may refer to those eloquent words with which, just a year ago to-day, he alluded to the long and useful life of R.W. Brother Lucius R. Paige, who is still spared to us, and apply them to himself. " If," said he, " if it be true that the tree of Freemasonry is known by its fruits, we may all point to our Right Worshipful Brother, and exclaim Ecce siguum! Undoubtedly the practice of the great tenets of Freemasonry, which he has for so many years most diligently observed, has tended largely to prolong his most useful life, and to give that grace and finish to his character which have been our boast and admiration.

A few months before his death our Brother had received a stroke of apoplexy, followed, a fortnight later, by a second attack of a similar character, which confined him to his room for several weeks. He had, as it was hoped, rallied from these, and was again upon the bench, appearing on that last Saturday of his life about as well as usual.. In the afternoon of that same day he complained of a slight pain in his side, to which he attached little or no importance ; yet it was doubtless premonitory of the final call, which, before the morning dawned, summoned him away.

Our Brother will long be missed-from the bench, which his urbanity, no less than his dignity, adorned; from the church, which he served so faithfully and. well; from the walks of business life, which were brighter for his genial presence; from the social circle, which he graced; from the family hearth-stone, which his sudden departure has left desolate; and not least certainly, from the ranks of our Order, where his memory will ever be cherished as that of a true and faithful Mason.