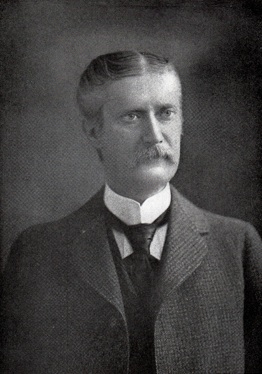 Brother Mead was for a time a contractor, but in his later years was in the insurance business. In his early youth he saw service in the Civil War and was a Past Commander of John A. Andrew Post No. 15, G. A. R.

He was made a Mason in St. Paul's Lodge, of South Boston in 1869. Becoming later a resident of Somerville, he dimitted from St. Paul's Lodge and joined John Abbot Lodge in 1888 and was its Master from 1895 to 1897. He served as Grand Marshal with M.W. Charles T. Gallagher in 1902 and with M.W. Baalis Sanford in 1903, 1904, and 1905, and was Senior Grand Warden in 1906. IIe was a Past High Priest of Somerville Royal Arch Chapter and a Past Commander of DeMolay Commandery, K.T.

In later years the infirmities of age and a growing deafness had caused him to limit his Masonic activities, but his presence, always marked by kindliness and courtesy, will be greatly missed by us all.

R.W. Brother Frank Winslow Mead was born in New Bedford, Massachusetts, October 4, 1846. He lived for many years in Boston and Somerville. He died in Boston November 19, 1930.

He was a soldier in the Union Army during the Civil War and was a Past Commander of John A. Andrew Post No. 15, G. A. R.

He received the third degree in St. Paul's Lodge, South Boston, Oetober 5, 1869. He was Master of John Abbot Lodge in Somerville from 1895 to 1897 and for many years thereafter was one of the Trustees of the Masonic Apartments in Somerville.

He served as Grand Marshal of the Grand Lodge of Massachusetts from 1902 to 1905 and held the office of Senior Grand Warden of the Grand Lodge in 1906. For ten years he acted as an Associate Member of the Board of Masonic Relief.

He faithfully performed his Masonic duties. He was constant in attendance at meetings. As an officer he rendered the ritual with a high degree of accuracy and in a dignified and impressive manner. After ceasing to hold office as Master of his Lodge he was frequently called upon to give the charge to the candidates, always receiving great applause for the eloquence and deep feeling with which he delivered an address fuil of sentiments of brotherly love and the principles of Masonry.

In grateful remembrance of his loyalty and devotion and his many important services to the Fraternity we offer our tribute of respect and affection.

Genial and courteous, his kindly presence will be missed by all who knew him, but we shall cherish his memory as of one who played well his part in this world and has entered into the larger life.

"There is no death, what seems so is transition;
This life of mortal breath
Is but a suburb of the life elysian,
Whose portal we call death."