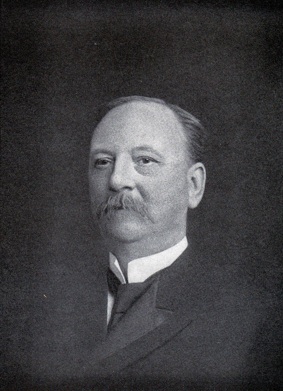 Brother Dunton was educated at Leland and Gray Seminary, in Townshend, and after graduation came to Boston and entered the employ of the Oak Hall clothing store. He continued in the clothing business until impelled to retire by the increasing infirmities of age. The last twenty years or so of his life were spent in New York.

Brother Dunton was a member of St. Andrew's Royal Arch Chapter, and a member and Past Commander of De Molay Commandery of Knights Templar.

Owing to R.W. Brother Dunton's long residence away from Boston, only the older members of Grand Lodge knew him personally. Those who did know him remember him as a quiet, unassuming but very useful member of the Craft; a kindly, friendly soul with whom it was always a pleasure to associate.

He was the son of Perley S. and Viorna B. Dunton. Brother Dunton attended the public schools and the Leland & Gray Seminary in Townshend.

Brother Dunton came to Boston when eighteen or nineteen years old and entered the employ of "Oak Hall," a well-known clothing house at that time and for many years after, serving as buyer and manufacturer. After a while he went with the Standard Clothing Company and stayed with them for three years. He then went with Miner Beal & Co., on Summer Street, and was admitted a partner in 1900. Upon that firm going out of business he went to New York and was connected with several firms in the clothing business in that city, ending his business career with Kincaid and Company, of which firm he was First Vice-President when they liquidated in 1930 and 1931.

Right Worshipful Brother Dunton received the degrees in Revere Lodge in 1876 and after serving in several positions in the Lodge was Worshipful Master in 1888 and 1889.

He was Grand Marshal of the Grand Lodge in 1896, 1897, and 1898. The years of his service were eventful ones. There were centennial celebrations, laying of corner stones in various parts of the state, and the laying of the corner stone in the present Temple. At the expiration of his term as Grand Marshal, he was elected Senior Grand Warden, serving in that office in the year 1899 under Most Worshipful Charles C. Hutchinson.

He received the Royal Arch Degree in St. Andrews Chapter in 1882, but never held any office in that body. He received the Order of the Temple in DeMolay Commandery in 1882, and after occupying the usual offices was elected Eminent Commander and served in the year 1895 and 1896.

Brother Dunton's great age and many years' absence from Boston have removed from the stage of Masonic activity nearly all of those who were associated with him. His business career was honorable and in every way creditable. In his Masonic relations he was honored and well loved. He leaves a record of good work well done.

"Strange, is it not? that of the myriads who
Before us pass'd the door of Darkness through,
Not one returns to tell us of the Road,
Which to discover we must travel too."