Difference between revisions of "CawnacomeSunshine" 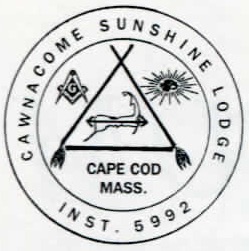 On December 5. 1992, R.W. William J. Rogers, D. D. G. M., Hyannis 32d District, opened a District Deputy Grand Master" s Lodge for the purpose of instituting Cawnacome Sunshine Lodge. This is the fifth Daylight Lodge to be organized under the jurisdiction of the Most Worshipful Grand Lodge of Masons in Massachusetts.

Following the close of the Lodge, members and guests went to the Weary Travellers Club House at Monument Beach where an excellent roast beef dinner was served.

The members of Cawnacome Sunshine Lodge are planning to break ground this spring to build a new Temple. The Lodge has already performed Degree work and has received six new applications for the Degrees. 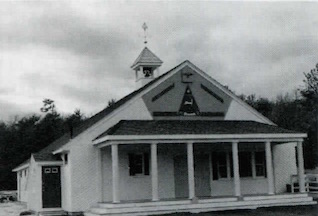 No truer words have been spoken than on the afternoon of July 16, 1994, when in the Lodge it was said "Behold the Temple is nearly completed." The Lodge room was complete with Officers' stations, lights and fans, carpeted floor, seats for members, and air conditioning installed and working.

R. W. Kendall G. Jones was the Architect of the building and assisted in the ceremony of examining the building before dedication. R.W. Bro. Jones was the first Master of Cawnacome Sunshine Lodge when it was Instituted on December 5, 1992. He was also the first President of the Weary Travelers Club when the members decided to build a Masonic Lodge to meet as a daylight Lodge.

The Weary Travelers Club was created in DeWitt Clinton Lodge on April 2, 1968. The purpose was to promote Freemasonry and to date they have given over $200,000.00 to local charities, the Masonic Home, and the Shrine Hospitals.

This new Lodge on Valley Bars Road in the village of Monument Beach. Bourne. MA. is truly laudable. "The building is a physical expression of our deepest beliefs, that is to say - Brotherly Love, Friendship and Charity." While true the above expression does not adequately describe the effort made by so many from conception to completion. The hard work and determination by the members tugs at the heart to attempt to explain what took place.

One hundred eighty five Master Masons gave $300.00 each to start the | building fund. R.W. Kendall G. Jones, Master Builder, took out permits and acted as architect and superintendent the work. The necessary letters and important paperwork were completer to have the Lodge chartered. Brethren came together in force to assist in erecting the Lodge building.

Following the dedication ceremony in the Lodge, a reception was held at the Weary Travelers Club which included a sumptuous menu, with music and dancing.

The good Lord willing, Cawnacome Sunshine Lodge will exist for many years for the good o all mankind.