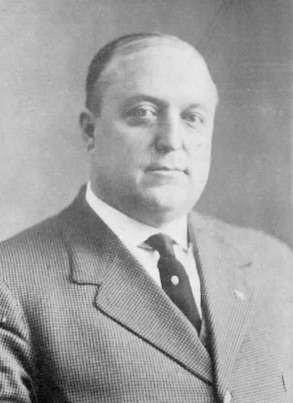 WILBUR ALLEN SCOTT was born in Providence July 29, 1874, the son of Walter A. and Helen (Whipple) Scott, both of whom were natives of Cumberland, R. I. He received his early education in the public schools of Providence, graduating from Bridgham Street school in 1889 and from the Clssical high school in 1893, after which he entered Brown University, graduating therefrom with the class of 1897 with the degree of A. B.

After a two-years' course at the Harvard law school he was admitted to the bar in 1900. In 1905 he was admitted to practice in the United States Courts. For eight years he was associated with the office of Edward D. Bassett in the general practice of law, and for the past eight years he has acted as attorney and claim manager for insurance companies. He is now associates with Leo F. Farrell of Pawtucket, under the firm name of Scott & Farrell, insurance brokers and adjusters.

His Masonic career commenced on April 10, 1903, when he was initiated in Mount Moriah Lodge No. 8, Lime Rock. He was admitted to membership September 4, 1903. He had the unique experience of receiving the degrees at the same time as did his father, and also upon the same evening when they in company signed the by-laws of the Lodge, his brother —Walter O. Scott—was initiated.