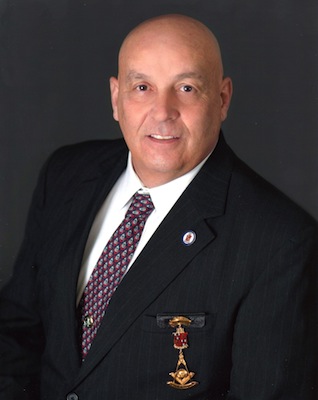 Russell Robert Davis was born on May 10, 1952 in Providence, Rhode Island the second child of James H. and Alice E. Davis, Sr..

Russell grew up in the Pascoag section of Burrillville, Rhode Island and attended the local school system. He enrolled at St. Joseph’s Catholic school and was in the first graduating class in 1967. While at St. Joseph School, Russ served as an altar boy and various other duties. Russell graduated from Burrillville High School in 1971 and continued his education attending Rhode Island Junior College, Community College of Rhode Island and the University of Lowell, MA.

Russell is a communicant of Our Lady of Good Help Church in Mapleville, Rhode Island.

As Russell grew up he was involved in many town and social organizations. He coached girls CYO basketball, girl’s softball and boy’s youth ice hockey teams.

He attained the rank on Life Scout with Troop No. 100 Pascoag and enjoyed many campouts throughout New England. He received his “nights of camping” at Camp Yawgoo in Exeter, RI in 1966.

In November of 1972 he married Laurie (Hebert) and together they have been blessed with three wonderful children; Renee of Plainfield, CT and Russell Jr. and Leanne of Pascoag, they have six grandchildren. Russell and Laurie celebrated their 40th wedding anniversary on November 4, 2012.

Russell started his Masonic travels in 1980 when he was employed by Harvey and Otis, a manufacturer of emblematic jewelry, owned by brother Steven Morgenstern. Being curious he asked his employer about the square and compasses, not knowing his employer was a Past Master and Russ received the answer he was looking for.

Russell made application to Roger Williams Lodge No. 32 and became a Master Mason on May 11, 1985. After proving his proficiency and signing the by-laws on May 18th one week later, Russell was installed as Junior Steward. He is 27 year member of the Craft and has served his Lodge as Worshipful Master twice, first serving 1990 and then again in 1995. He received The Grand Master's Award for completing the requirements for 1990.

He is a member of Friendship Lodge No. 7 in Chepachet and holds honorary membership in Charity Lodge No. 23 in Kenyon, Rhode Island and Putnam Lodge No. 46 in Woodstock, Ct.

Russell is a proud member of Battery “B” 1st Rhode Island Light Artillery Civil War Re-enactment group and has enjoyed many encampments throughout New England.