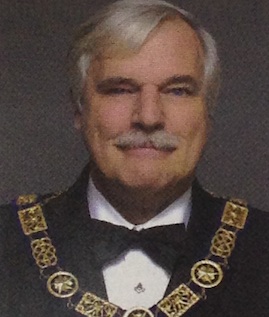 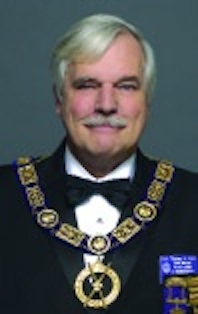 In this highly visible position, Rt. Wor. Thomas Stark will accompany the Grand Master on his travels throughout the jurisdiction and act as protocol director and master of ceremonies for all events attended by the Grand Master.

Raised 37 years ago in Norfolk Lodge, he served as master in 1989, and then treasurer of the lodge for six years. He is also a member of The Masters Lodge; the four bodies of the Scottish Rite's Valley of Boston; and Mt. Vernon Royal Arch Chapter, Boston Council, and St. Bernard's Commandery in the York Rite.

Brother Stark joined Needham Chapter Order of DeMolay in 1963 and was its master councilor in 1967. He was awarded the Degree of Chevalier, served as state scribe in 1968, and on the advisory board of Needham DeMolay for a number of years.

Bro. Stark is a U.S. Air Force veteran. He resides in Northborough and is the CFO at Crosspoint Associates.