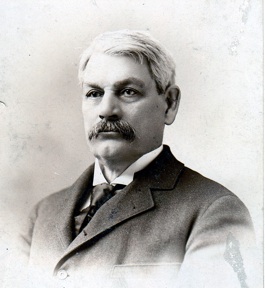 Brother Taylor received the Masonic Degrees in Star in the East Lodge, of New Bedford, in 1865. In December of that year he was elected and installed Junior Warden, serving in that office until December, 1868, when he became Senior Warden. In December, 1869, he was elected and installed Worshipful Master, and held that position during 1870 and 1871. He held the office of District Deputy Grand Master of the Twenty-sixth Masonic District from Dec. 30, 1884, to Dec. 27, 1888. He was Senior Grand Warden of this Grand Lodge in 1893.

Bro. James Taylor grew steadily in the affectionate esteem of the people who knew him. He was a wise counsellor, a never-failing friend, a man of the strictest integrity,.and a zealous Freemason.

"They are not dead, they have but passed
Beyond the mists that bind us here,
Into new and larger life
Of that serener sphere."

Bro. James Taylor was one of those good, honest, lovable men of whorn it is most difficult to speak truthfully without appearing to exaggerate. His was a character which may safely be pointed to as one for emulation by his contemporaries and those who are to follow him.

Arriving at the age of manhood cluling the mid-years of the first century of the Republic, and inheriting the sterling qualities of the founders, it was natural that he should be a man of the people, and one who enjoyed their confidence, respect and love. ln his quiet, unassuming way he enjoyed their esteem and reciprocated their trust in faithful service in every position which he was called upon to flll.

His was a genial and happy disposition, and while appreciating the serious and difficult labors ancl problems, yet he very much enjoyed the sunny side of life and never missed the point of a harmless joke or hilarous story, no matter if he was one of the parties irnplicated, and the quiet laugh or chuckle when occasion warranted was contagious and inspiring to his friends in their social and fraternal intercourse.

He was of large stature and grand presence and it was but natural that, he should receive the deference and respectful attention of his fellow-men when upon occasion he was approached for counsel or advice, and particularly when dropping into the Quaker vernacular he would admonish or advise with a thee or thou as naturally as through born to the cloth. It was well and truly said of him in one of the local papers that he was "a friend to everybody, and everybody was his friend."

He was born Oct. 20, 1825, in Providence, R.I., the son of William H. and Eliza (Pitman) Taylor - of Quaker ancestry but not living in that communion - and was taken to New Bedford to live by his parents when he was four years of age, whele be received his education, graduating from the high school in the class of 1840. He was employed for a few months after leaving school as clerk in a hardware store, when he was appointed to a clerkship in the New Bedford post Office, remaining there until April, 1848, when he was appointed a clerk in the New Bedford Custom House.

He was one of the original trustees of the New Bedford Five Cents Savings Bank, which was incorporated April 14, 1855, and for several years served as Clerk of the Board. He became President of the Bristol County Fire Insurance Company in 1881, in succession to his father. He was Secretary of the New Bedford Port Society from 1869 until within a year or two of his death.

In 1844 and 1845, at least, he was connected with the Fire Department, as during those years he was clerk of Franklin Hand Engine Company No. 10. The only municipal office he ever held was Overseer of the Poor for one term. He was an Odd Fellow and had passed the chairs in Acushnet Lodge of his city.

Brother Taylor was very broad and liberal iu his religious beliefs, and was an active and prominent member in the Methodist Episcopal Church, serving the church officially as a member of its Board of Trustees. In conjunction with others he was instrumental in forming a Christian Association of young men, which later became the Young Men's Christian Association and of which be was chosen the first, President May 6, 1867.

Brother Taylor was married in 1849 to Elizabeth Stoddard, of Scitrrate, and there were born to them a family of three boys and two girls, Frank T., the youngest boy, being now a Past Master of Saint Paul's Lodge.

He was appointed District Deputy Grand Master of the Twenty-sixth District Dec. 30, 1884, and occupied the position during the following years lo Dec. 27, 1888, inclusive. He was installed Senior Grand Warden of this Grand Lodge Dec. 27, 1892, and served one year.

From its inception he was a member of the District Deputy Grand Masters' Association, and no one of its members was more regular in attendance at its meetings and reunion, or enjoyed its fraternal associations more.

The increase of his physical infirmity compelled a retirement from active duties and a practical confinement to his home during the last years of his life, but the cheerful messages sent out to his friends and the pleasure expressed whenever they could visit him, gave the assurance that he still retained the genial spirit of fraternity, as of old.

He passed away Feb. 22. 1907, in his eighty-second year, leaving behind him a.n enviable record of honesty and goodness - a man for whom the Fraternity need make no apologies, but to whom they may point with pride, whose life is worthy of emulation - a good man and a good Mason.

Brother James Taylor died at his home in New Bedford, Mass., February 22, at the age of 82 years. He was one of the prominent men of his city and had been connected with the custom house in various capacities, including that of deputy collector, for a period of about fifty years.