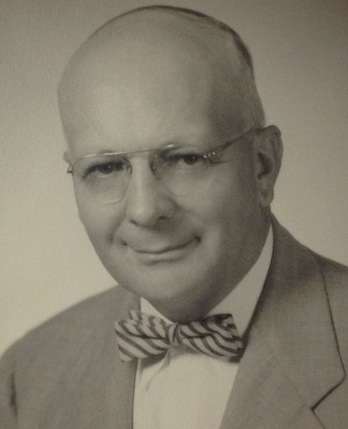 R. W. Brother Smith was active in community affairs and was the Public Safety Commissioner of Harwich from 1940 to 1946. He was a charter member of the Coast Guard Auxiliary, Flotilla No. 1101 in Chatham, and Division Captain of the Coast Guard Auxiliary for Cape Cod. He was a member of the Kiwanis Club and served as President and Lieutenant Governor of that club. He was also an honorary member and former director of the Cape Cod Bank and Trust Company.

He received the Royal Arch Degree in Sylvester Baxter Royal Arch Chapter, Harwich, on January 18, 1939 and served as High Priest from 1943 to 1947 and again in 1950. He was District Deputy Grand High Priest in 1948-1949, Deputy Grand High Priest in 1952, and Grand High Priest from 1955 to 1957. He was greeted in New Bedford Council, Royal and Select Masters on June 3, 1947 and knighted in Sutton Commandery No. 16, New Bedford, on June 20, 1946. In Scottish Rite Freemasonry, Brother Smith joined Fall River Lodge of Perfection; Samuel Crocker Lawrence Council, Princes of Jerusalem; St. Andrews Chapter of Rose Croix, and Massachusetts Consistory, Boston, all in 1946. In 1954, when the Consistory was chartered in Fall River, he joined Old Colony Consistory and served that year as an Assistant Master of Ceremonies. On September 23, 1959, Brother Smith was coronated a 33rd Degree Mason in Buffalo, New York.

Brother Smith was also a member of Bay State Conclave, Red Cross of Constantine, Boston; Massachusetts College, Societas Rosicruciana in Foederatis Civitatibus; Boston Court No. 103, Royal Court of Jesters; Aleppo Temple, A.A.O.N.M.S.; American Lodge of Research, New York; Massachusetts Chapter of Research; Order of the Eastern Star; White Shrine of Jerusalem and Cape Cod Consistory Club. He was advisor for the local assembly of Rainbow for Girls, and a life member of the Royal Order of Scotland. He received many honors and awards including the Paul Revere and the Benjamin Hurd, Jr. Medals from the Grand Royal Arch Chapter of Massachusetts, as well as the Henry Price Medal from our Grand Lodge.

R. W. Brother Smith died on January 3, 1984 at the Cape Cod Hospital, Hyannis, after a period of failing health. He is survived by his widow Kathryn Souza Smith and five daughters, Mrs. Karen Russell of Gray, Maine; Mrs. Barbara Dwyer of Wollaston; Mrs. Patricia Corrado of West Harwich; Marion E. Smith; and Valerie L. Smith, both of West Harwich, and one grandchild. He also leaves four brothers and a sister. A former wife, Annabel Steele Todd, predeceased him.

Funeral services were held on Friday, January 6 at the First Congregational Church, Harwich Center, with the Reverend James R. Williams officiating. This service was preceded by a memorial Masonic service conducted by the officers of Pilgrim Lodge, A.F. & A.M., of Harwich. Interment followed at Pine Grove Cemetery, West Harwich, Massachusetts.

From Proceedings of the Massachusetts Council of Deliberation AASR NMJ 1984, Page 34:

Ill:. Henry Faxon Smith, 33°, was the son of Joseph Franklin Smith and Marion Webster Preston Smith, born in Lynnfield, Massa­chusetts and, after a long illness, died in Cape Cod Hospital, Hyan­nis, Massachusetts. Educated in the Lynnfield Public Schools and a graduate of Wakefield High School, he continued his education at Suffolk Law School and Boston University Law School, thus pre­paring himself to practice law which he did for many years in the Hyannis area from 1936 until his retirement two years ago. After passing the bar examination, he did practice law in Wakefield be­fore moving to West Harwich in 1936. From that time on he was a well known attorney and was affectionately referred to as "the Mayor and even the Emperor of Cape Cod", particularly by his many Masonic associates.

He was first married to Annabel Steele Todd who passed away after a number of years. There were no children born of this mar­riage. The present Mrs. Smith was the former Kathryn May Souza of Barnstable. In addition to Kathryn, he leaves five devoted daughters; namely, Mrs. Karen Russell of Gray, Maine; Mrs. Barbara Dwyer of Wollaston, Mass.; Mrs. Patricia Corrado of West Harwich, Mass.; Marion E. Smith and Valerie L. Smith, both of West Harwich, Mass. and one grandchild. He is also survived by four brothers and one sister.

After his one year in Wakefield as a practicing attorney, he estab­lished his business in Hyannis and remained in practice for more than fifty years. He was Treasurer and a past President of the Barn­stable County Bar Association, a member of the Massachusetts Bar Association and of the American Bar Association.

Very active in community affairs, he was Public Safety Commis­sioner for Harwich from 1940 to 1946. He was a Charter Member of the Coast Guard Auxiliary for Cape Cod. During World War II he helped patrol the waters from Cape Cod to Nova Scotia.

He was very active in church affairs, being a member of the First Congregational Church in Harwich Center. He was a former member and President of the Kiwanis Club of Central Cape Cod and a former Lieutenant Governor of that area. He was also an Honorary Member and former Director of the Cape Cod Bank and Trust Company.

Illustrious Brother Smith's Masonic associations were very ex ten­sive. Raised a Master Mason in Pilgrim Lodge, Harwich on June 2, 1938, he served as Worshipful Master in 1943, 1944 and 1945, and as Treasurer from 1946 to 1965. He was the District Deputy Grand Master of the Provincetown 32nd Masonic District in 1951 and 1952, and Deputy Grand Master of the Grand Lodge of Masons in Massachusetts in 1959. He was awarded the Henry Price Medal, was a member of the Past District Deputies Association and a lifetime Trustee of Pilgrim Lodge of Harwich.

Greeted in New Bedford Council, Royal and Select Masters, June 3, 194 7, he was a Charter Member of Cape Cod Council of which he was the Treasurer from 1967 to 1976. In 1978 he was awarded the Abraham A. Dame Medal, the Grand Council's high­est award for outstanding service.

Knighted in Sutton Commandery, No. 16, New Bedford, Massa­chusetts, June 20, 1946, a Charter Member of Cape Cod Com­mandery, No. 54, Hyannis, Massachusetts, and served as a Trustee of its Permanent Fund.

In Scottish Rite Masonry he joined Fall River Lodge of Perfec­tion, Samuel Crocker Lawrence Council, Princes of Jerusalem, St. Andrew Chapter of Rose Croix, and Massachusetts Consistory, Boston, all in 1946. In 1954, when Old Colony Consistory was Chartered in Fall River, he joined and served that year as Assistant Master of Ceremonies. On September 23, 1959 he was created a Sovereign Grand Inspector General, 33°, Honorary Member of the Supreme Council in Buffalo, New York.

He was a Charter Member of Bay State Conclave, Red Cross of Constantine and its Puissant Sovereign in 1962 and 1963; a member of Massachusetts College, Societas Rosicruciana in Civitatibus Foederatis; Boston Court, No. 103, Royal Order of Jesters; Aleppo Temple, Ancient Arabic Order, Nobles of the Mystic Shrine; Ameri­can Lodge of Research, F. & A.M., New York; Massachusetts Chap­ter of Research; Order of the Eastern Star; White Shrine of Jeru­salem and Cape Cod Consistory Club. He held great interest in the welfare of the Order of Rainbow for Girls and also served on its Advisory Board for many years.

His death took place on January 3, 1984 after a long period of illness at the Cape Cod Hospital, Hyannis, Massachusetts. Funeral Services were held on Friday, January 6, 1984 at the First Congre­gational Church, Harwich Center, with the Rev. and Brother James R. Williams officiating. Prior to the church service a Masonic Memo­rial Service was conducted in the church by the Officers of Pilgrim Lodge, A.F. & A.M. of Harwich. Interment followed at Pine Grove Cemetery, West Harwich, Massachusetts.

Thus ended the life of a devoted member of Masonry who gave of himself and his able assistance to many organizations of both York and Scottish Rite. His faithful and able advice was given to many people and his memory will linger long in the minds of those who knew him and admired him both as a man and a tireless worker for the Craft. We extend our sympathy to his wife, Kathryn, to his children, brothers and sister, family and friends. It is our prayer that he may rest in peace.

I am happy to have an opportunity to participate in, and have a part of, the program of the observance of the 225th anniversary of our Grand Lodge. I can't bring you any official greetings because that lies within the power of the Grand Master. The only greetings I can bring you, my Brethren, are from the great empire of Cape Cod, which lies to the southeast of the Commonwealth. (Applause) Thank you, fellow citizens. (Laughter)

I expect that you, with me, gave serious thought and reflection upon the toast tonight, particularly the one to the departed Brethren. As I stand here tonight before you and in a part of this observance, I cannot help but think how much we really owe to those who have gone on before us, those who have built this institution to what it is today in this Commonwealth, in this Nation, in this world. But, my Brothers, I hope that we shall not be remiss in our duty as men and as Masons to rest on our laurels and the gains that we have made over two and a quarter centuries. This should be an inspiration to every Mason in this Commonwealth to redouble his efforts to see to it that this institution shall pass on to our posterity unimpaired and that the heritage that we enjoy today will be appreciated as much by those who succeed us as we appreciate it, as we pause in our deliberation to mark this passing in history.

It should stimulate us all to look forward over the horizon into the bright sunlight of a dawn of a new day that we may go forward, carry the torch of this great Craft, and see that its tenets and its principles are unimpaired. Thank you. (Applause)