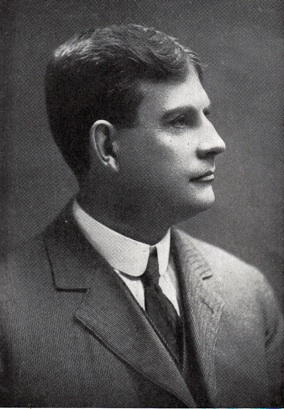 Brother Taylor was educated in the public schools of New Bedford and at the Bridgewater Srate Normal School. After graduation he taught for three years and then entered the Harvard Dental School from which he received the degree of D.M.D. in 1890. The remainder of his life was devoted to the practice and teaching of dentistry. He was appointed to the Administrative Board of the Harvard Dental School in 1917 and became Clinical Professor of Operative Dentistry in 1925, holding both positions until his death. He was a member and Past President of the Massachusetts Dental Society and a member and Trustee of the American Dental Association.

Brother Taylor took his degrees in St. Paul's Lodge in 1893 and was its Master in 1900 and 1901. He was also a Charter member of Brookline Lodge. He served as District Deputy Grand Master for the Fourth Masonic District in 1915 and 1916 by appointment of Most Worshipful Melvin M. Johnson, and was Junior Grand Warden in 1920.

His Masonic service was confined to Symbolic Masonry, but in that field he was a very faithful and efficient officer. Brother Taylor's death deprives the dental profession of one of its most distinguished members, our Fraternity of an honored and respected leader, and his Brethren of a loved and honored friend.

Brother Taylor was Past President of the Massachusetts Dental Society, Trustee of the American Dental Society, and Clinical Professor of Operative Dentistry in the Harvard Dental School from 1925 to the time of his death.

Brother Taylor took his degrees in St. Paul's Lodge, South Boston, receiving his Master's Degree in December, 1893, and was its Master in 1900 and 1901. He was District Deputy Grand Master for the 4th Masonic District in 1915 and 1916 by appointment of Most Worshipful Melvin M. Johnson and in 1920 he was Junior Grand Warden of this Grand Lodge.

Right Worshipful Brother Taylor was of a quiet and retiring disposition, not inclined to put himself forward, yet keeping closely in touch with the events of the day, with Masonic events, and particularly in all things relating to his profession in which he ranked very high. His was a friendly nature, and having once come in contact with him, one naturally desired to hold and continue his friendship. His charities were many, but like himself were not blazoned to the world, but done quietly and without ostentation. His love for Freemasonry was outstanding and he lived and acted according to its tenets.

The high standing he held among the members of his profession, as well as in the community in which he lived, is a splendid testimonial to the character of the man. The world very much needs men of his stamp and character. He will be missed.