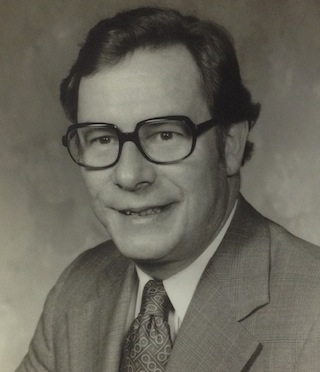 From Proceedings of the Massachusetts Council of Deliberation AASR NMJ 1996, Page A-viii:

lllustrious Brenton E. Tyler, Jr., 33°, son of Brenton E. and Ethel (Templar) Tyler, was educated in the Waltham Public Schools and attended Tufts University and Boston University. Following a two-year tour of duty with the U.S. Coast Guard, he worked with his father at the Brenton E. Tyler Insurance Agency, Inc., where he became a stockholder and president. At the time of his death, he was associated with the Auburn Insurance Agency, Inc., of Waltham.

Brent was devoted to his community. He was a charter member and past president of the Waltham Jaycees, past president of the Waltham Rotary Club, corporator and past president of the Leland Home, and former corporator of the Waltham Savings Bank and the Deaconness Waltham Hospital. He was also devoted to his family. On April 9, 1949, he married Margaret (Peg) Frizzell. They have two daughters, Susan Conrad of Wrentham and Karen Tyler of Waltham. He acquired a keen sense of playing the organ without reading music to the delight of his family and friends, and he used this talent as a source of relaxation. He also maintained an interest in model trains and built a railroad bed and miniature village that occupied a portion of his home. Other interests included astronomy and boating.

His devotion to Freemasonry is evident from the number of Masonic organizations in which he was involved. He was raised in Monitor Lodge, Waltham, on March 14, 1949, and served as Master in 1964-65. The Lodge later consolidated with other Waltham lodges to become Waltham Triad Lodge. He also became a charter member of the DeMolay Lodge, Boston, and The Masters Lodge, Newtonville. For the latter he served as Master in 1990. For the Grand Lodge of Massachusetts, he was appointed Junior Grand Deacon, 1969; District Deputy Grand Master, 1974, and Grand Marshal, 1975-77. He was named Grand Representative of the Grand Lodge of Rhode Island near the Grand Lodge of Massachusetts in 1975. In 1978, he was elected Senior Grand Warden. He was also chairman of the Committee on Records and a member of the Foreign Relations Committee.

In York Rite, he was a member of Triad Royal Arch Chapter, Newton; St. Andrew's Chapter, Boston; Adoniram Council, Concord, and St. Bernard Commandery, No.12, Boston. He was elected Commander of Commandery in 1991. Among his other Masonic memberships were Massachusetts College, S.R.I.C.F.; Royal Order of Scotland; Mahded Grotto, M.O.V.P.E.R.; Aleppo Temple, A.A.O.N.M.S., and Boston Court, No. 103, R.O.J.

He joined the Scottish Rite Valley of Boston in 1960, and became a degree worker and active participant. He was Captain of the Guard for Boston Lafayette Lodge of Perfection, 1971; director of the Valley of Boston Scottish Rite Advancement Program, 1973-76, and general chairman for the George Washington 250th Anniversary Statewide Class, 1982. He was chairman of the Valley of Boston Insurance Committee and also assisted the Supreme Council Insurance Committee. He was elected Commander-in­Chief of Massachusetts Consistory, 1982-85, and was created a Sovereign Grand Inspector General, 33°, Honorary Member of the Supreme Council, on September 28, 1983. Since 1993, he had served as organist for Boston Lafayette Lodge of Perfection.

Brent's various talents set him apart as a musician, as a ritualist, as a leader. But it was his pleasant personality, cordial greetings, and willingness to tackle any project assigned to him that won the hearts of his brethren. His friendship will be missed, but the memories will remain.