Difference between revisions of "MAGLAChambre" 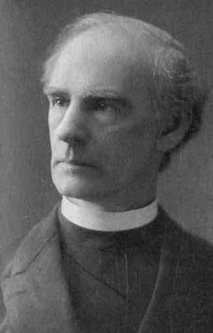 Obituary from The Stoughton News-Sentinel, December 2, 1911

The sad news of the death of Rev. A. St. John Chambre at his home, in Lowell, Mass., was received in this town Thursday afternoon and was received with deep sorrow by his hosts of friends and admirers in this town, where he was loved, honored and respected far beyond that of any former citizen whom can recall today. To the members of St. John Chambre Post, 72, G. A. R., the news came with deepest sorrow for he was indeed the patron saint of this noble organization, who through all the years, since its organization, has maintained a deep and abiding interest and affection for the Post and members, and their welfare. Post 72, G. A. R. was named after Chambre, who was one of its original charter members and its second Commander. He enlisted in the war from New Jersey as a Chaplain and came to this town immediately following his service, to minister to the First Parish Universalist Church in town where he was installed pastor April 1st, 1864 and from which he resigned April 1st 1872, to accept another pastorate. For many years he has been pastor of the church of St. Anne, at Lowell, Mass.

During his pastorate here he was very prominent and active the affairs of the town, taking a deep, abiding interest in all matters concerning the welfare of the town. In educational matters and in behalf of the Schools he was especially active. He served as cha man of the School Committee the town for years and was one of the chief advocate and promoters of the establishment of the Stoughton High School, at a time when the policy of establishment was a hard fought issue in the Community.

He was a member of Rising Star Lodge of Masons, and the oldest living Past High Priest of Mount Zion Royal Arch Chapter of this, town a member of Stoughton Lodge of Odd Fellows and a citizen, who was ever ready and willing to sacrifice his time and efforts for the. good of the Community.

He was born in London, England, 71 years ago, and came to this country when a young man. His father was a clergyman in the Church of England, and his mother was a Presbyterian. On the death of his father his mother brought him up in the Presbyterian faith. It was the revolt from Calvinism which led him to the Universalist Church He belonged to the conservative wing of that church.

Rev. Dr. Chambre was organized a priest in the Episcopal Church in 1881, by Bishop Paddock, and a deep friendship existed between them. Rev. Dr. Chambre was frequently mentioned in connection with an appointment as bishop of the Episcopal Church. He was chosen the first arch deacon of the Lowell archdeaconry at a meeting of Episcopal clergymen in Boston in May, 1894. The archdeaconry composed cities, and towns in Middlesex and Essex Counties and that portion of Suffolk County not included in the city of Boston.

He had been secretary of the Episcopal Church, succeeding Rev. Dr. Converse. He served in that capacity under Bishops Paddock, Brooks and Lawrence. He was also president for years of the Massachusetts Church Union.

He was president of the trustees of Dean Academy and was for, a time lecturer on ecclesiastical history in Tufts College. That college conferred upon him the degree of Doctor of Divinity. While a Universalist, Rev. Dr. Chambre was president of the State Association. During the Civil War he was chaplain of a New Jersey Regiment and had occasion to call upon President Lincoln on behalf of a soldier boy doing double duty. Through his influence the President pardoned the man.

After his ordination as a priest the Episcopal Church his first was in St. Matthew's Church., South Boston, Later he was stationed in the Church of the Advent in Fall River and from there he went to Lowell. Chambre began the establishment of St. Anne's Episcopal Mission in North Billerica. Twice a month, except August, he preached in the mission. Members of the mission have publicly acknowledged his generosity in the mission work. Rev. Dr. Chambre was a thorough business man and was; one of the officers of the Lowell Institution for Savings. He frequently attended the meetings of the Board of Trade, and was a guest of the Shakespeare Club at the last anniversary. Although not a man of rugged appearance, he seldom complained of ill health.

He was prominent in Free Masonry, having been a member of Scottish Rite bodies, including Massachusetts Consistory, 32d degree, A.A.S. R. N. M .J. Sept. 21, 1908, he was crowned an honorary member of the Supreme Council, 33d degree. He has presided over his lodge and, Royal Arch Chapter and was deputy grand high priest in 1873. He has also been chaplain of the Grand Lodge of Massachusetts and prelate of the Grand Commandery, K. T., of Massachusetts and Rhode Island.

His wife survives him. The cause of his death was angina pectoris. He was found dead in his bed Thursday morning. 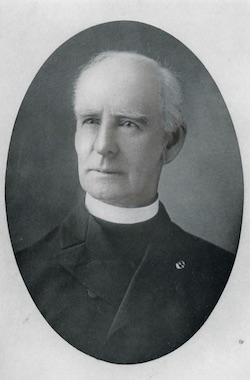 From Proceedings of the Massachusetts Council of Deliberation AASR NMJ, 1912, Page 51:

The sudden death of Rev. Albert St. John Chambré at his home in Lowell, Massachusetts, at the age of eighty years, on the morning of December 7, 1911, produced a profound impression of sadness in the minds of the whole community wherein he lived.

He was a quiet, modest, scholarly, dignified, priestly man.

A tireless, earnest worker as a clergyman, universally respected as a citizen, beloved by his parishioners as a persuasive preacher, a faithful spiritual adviser and a steadfast friend, he won and retained the sincere esteem of the ministers and believers in other denominations of the Christian faith beside his own.

He was by temperament somewhat of an ascetic, and when his features were in repose they showed traces of sadness. The death of his children, four dying within a few days of one another, and the long painful illness of his wife, who survives him, had left signs of care and mental suffering upon his countenance, which, nevertheless, was often brightened incident�ally by a winsome smile.

He was a genuine gentleman, and in daily life in his intercourse with others he taught by practice as well as by precept the fundamentals of the creed of a gentleman.

Dr. Chambré was born in London, England, in 1831. In his boyhood days he was an attendant in the Westminster School in London, and a choir boy in his father’s Episcopal church.

By the death of his parents when he was quite young it became advisable for him to come to his relatives in America, who, in religious matters, were connected with the Universalist church, hence the lad was reared in that form of Christian faith.

In the late fifties he was ordained as a Universalist clergyman.

When the Civil War broke out, he left his parish in Newark, New Jersey, to serve as Chaplain of one of the New Jersey regiments, which belonged to the Third Corps, commanded by General Sickles. As Chaplain through the Civil War he commanded the respect and affection of the men who needed at particular times some special spiritual guidance.

It is said that one item of his experience as Chaplain brought him into the presence of President Lincoln as a petitioner for the preservation of the life of one of the soldiers who for some act of disobedience had been sentenced to be shot, and that pardon for the unfortunate man was obtained by means of the faithful Chaplain’s intercession.

At the close of the war he resumed his pastorate in Newark, and subsequently accepted a call to a church in Stoughton, Massachusetts.

In 1881, feeling after mature deliberation that he could accomplish greater results as a minister in his original church, he was ordained as a clergyman in the Episcopal church by Bishop Paddock.

In 1884 he came to Lowell as the successor of the venerable Rev. Dr. Edson, who for sixty consecutive years had served as the first Rector of St. Anne’s Parish in that city. Here Dr. Chambré labored faithfully until the day of his death, a period of twenty-seven years. He was a sincere, scholarly preacher, His ability was recognized beyond the confines of the city where he lived. He served as Archdeacon of the counties of Middlesex, Essex and a part of Suffolk, and he was also Dean of the Eastern Convocation.

In addition to these responsibilities, he was a Trustee of the Lowell General Hospital, a Trustee of the Lowell Institution for Savings, and for nearly twenty years was President of that Institution. He was also a Trustee of the Rogers Hall School in Lowell, in which school he cherished a special interest, and at the time of his decease he was Vice-President of its Board of Management.Dr. Chambré was an enthusiastic Mason. He not only believed in its precepts, but he practised them as they are taught in its Ritual and its symbolism. He was Master of an Army Lodge during the Civil War, and also a Past Master of Newark Lodge in Newark, New Jersey. In the Capitular Rite he was a Past High Priest of Mount Zion Royal Arch Chapter of Stoughton, and also Past High Priest of Miller Royal Arch Chapter of Franklin. In 1873 he was Deputy Grand High Priest of the Grand Royal Arch Chapter of Massachusetts. He was a Knight Templar and had served as Grand Prelate of the Grand Commandery of Knights Templars of Massachusetts and Rhode Island. He was an honorary member of the Supreme Council of Sovereign Grand Inspectors-General for the Northern Masonic Jurisdiction of the United States of America, having received the Thirty-third degree in 1905.

By his untimely death the church wherein he labored so long and so earnestly has lost a faithful priest and counselor, the city where he lived has lost an honored citizen, and the Masonic Fraternity has lost a beloved and distinguished brother.May the memory of this good man, this noble servant of God, be an incentive to us to lead better lives, to work more zealously for the welfare of our fellow-men, and to build for ourselves spiritual temples, radiant in large measure with that celestial light which shines from the throne beyond.