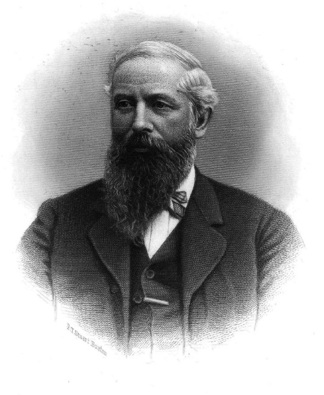 The elegant rooms recently fitted up and furnished in the new and fine architectural granite edifice known as the Savings Bank Building at Fitchburg, for the future accommodation of Aurora and Charles W. Moore Lodges, the Chapter of Royal Arch Masons, and Jerusalem Commandery of Knights Templars, were appropriately Dedicated on the 23 of Nov. to Masonic purposes, by R W. Bro. Wm. F. Salmon, P.G.W., assisted by a full board of Officers, organized and acting under a special commission of the M. W. Grand Master, as a Deputy Grand Lodge. The occasion was one of peculiar interest to the Brethren interested in the enterprise, and was largely attended by them; there being not less than three hundred of the different orders present. The ceremonies were admirably well performed, and being in strict accordance with the authorized ritual, need not be repeated here. At their conclusion, R. W. Deputy Grand Master Salmon delivered the following neat and appropriate address, a copy of which we are kindly permitted to lay before our readers:

The formal ceremony of dedicating your beautiful Hall, has been completed according to the usages and customs of the Craft, but I cannot allow this opportunity to pass, without giving you a few brief thoughts suggested by this important event; for I deem the, ceremony of Dedication no idle and unmeaning one, but if rightly considered calculated to make a deep and lasting impression upon the minds of all present.

Let me briefly rehearse the ceremonies and comment on them in course.

First, corn, an emblem of nourishment, was poured on the Lodge, signi fying that we should ever cherish and nourish those principles which have been given for the rule and guide of our conduct; that they should be sown into the inner life, even as the grain of corn is sown in the ground, so that ultimately, in the proper season, they may spring forth and bear abundant  fruit.

Then we proceed in the name of the great Jehovah, the good God, whose eye is ever on the children of men, and whose tender mercies are over all the works of creation, the good and the evil, the just and the unjust. Here we are reminded of the universality of our Institution, which spreads over the whole face of the earth, and embraces men of every country, sect and opinion.

We arraign no man's political ideas, we interfere not with his religious creed. To his country and himself we leave the one, to his conscience and his God we commit the other.

Inhabitants of hostile countries, men separated from the land of their nativity by intervening oceans, assemble at our festive meetings and present their votive offerings upon the altar of Masonry. All their prejudices and opinions which might disturb the peace and harmony of the Lodge, are left as useless incumbrances, at the door. They re-enter the world better prepared for its duties and avocations. The Christian returns to his temple, the Jew to his synagogue and the Mahometan to his mosque, all children of the one God, and thankful to Him for the privileges of an Institution which affords them an opportunity to meet together upon a common level.

Having scattered the Corn, and-invoked the presence of the Great Jehovah, we dedicate our Hall to Freemasonry ; an institution coeval with civilization and anterior to its history. Consider how those stupendous works which excited the wonder of the ancient world and formed an epoch in history, have ages since mouldered into dust: but this moral edifice, joining the vigor of youth, to the maturity of age, has outlived their glory, and now mourns their fall.

Few are the works of art, and still fewer the works of genius, that have escaped the ravages of time, and the ruthless attacks of barbarians. The memorials of liberty, have been as mutable as the vestiges of slavery, and not a solitary stone now remains of those monuments erected at Marathon and Thermopylae, to commemorate the heroic deeds which secured freedom to Greece, and deathless glory to her history. But far different is the picture which our society presents. From a weak and feeble beginning, it has arisen to a gigantic stature, unprecedented in the annals of the world. Founded upon the eternal pillars of charity and benevolence, its arch has spanned creation and its walls have encircled the whole family of man.

My brethren, it should be with emotions of joy and pride that you reflect upon your connection with a society which has been so long established, and which has been the means of accomplishing so much good in the world, and here in this new Temple you should dedicate yourselves anew to faithful service in its behalf.

We next pour on wine as an emblem of refreshment, reminding us that while labor is important and essential to the accomplishment of everything of note in this world, yet the season of rest and refreshment is also requisite, and in that season, we should give cheerfully of our abundance to make glad the hearts of our fellow men, and do all in our power to cheer the sorrowful.

Then in the name of the Holy St. John we dedicate to virtue. In thus using the name of St. John we ought not to be accused of Sectarianism, for as Bro. Mackey says, " his name is used masonically not as a Christian, but as an Eminent Mason ; not as a saint, but as a pious and good man; not as a teacher of a religious sect, but as a bright exemplar of all those virtues which Masons are taught to revere and practice. (Note: we do not assert to this view of the subject. - Ed.)

Lastly, with hearts overflowing with gladness at the successful completion of our work, we pour on the Oil, which symbolizes.prosperity and happiness, and in the name of the whole fraternity dedicate to universal benevolence. Consider, my dear brethren, the importance of this ceremony.

The whole fraternity from East to West, from North to South, are here summoned, and in their name and behalf we dedicate this Hall to Charity, which I think may be considered a comprehensive term for universal benevolence. Charity, the first of Christian graces, which extends beyond the grave through the boundless realms of eternity; Charity, which can raise a fallen brother even though a frowning world has seemingly crushed him to the dust; Charity, which can cheer a brother's heart when unpitying friends have passed him heedless by: Charity, which can wipe the tears from sorrow's weeping eye, restore the fading blush of health to the woe-worn cheek, and give the welcome grasp of friendship, to the wandering child of poverty and distress, here within these walls, solemnly dedicated to thy service, may you ever find a welcome resting place, in true masonic hearts.

The votaries at the Masonic shrine, here erected, assemble under names of peculiar significance.
Aurora, bright goddess of the morning, whose coming gives relief from the shadows and darkness of the night, first here diffused the masonic light, which has culminated in this beautiful temple.

From her loins sprung Chas. W. Moore, to assist and strengthen (as did Hiram of old at the building of the first temple) — fit namesake of him, who, to the Masonry of the new world, has proved a pillar of strength in every time of trial and emergency, and who now, in the fulness of years, ever stands ready to bear the burden and heat of the day, equally with the youngest and most ardent lover of our Institution.

Then to those who desire to press onward and upward over rough and thorny paths, following in the footsteps of those valiant ones of old, whose ambition it was to rescue and hold the Holy Land from the possession of infidels, the Christian mason can find in your Jerusalem that "happy home," where masonry blended with Christianity, gives the fullest scope for all that is charitable, valiant and magnanimous within his breast.

May the brightness and cheerfulness of Aurora, the unswerving fidelity of Chas. W. Moore, with the beautiful and sacred associations which cluster around the name of Jerusalem ever make this Hall the abode of true and faithful Brethren, "among whom no contention shall ever exist, save that noble contention, or rather emulation, of who best can work and best agree."

Finally in the language of our ritual; in behalf of the M. W. Grand Lodge, "we offer our best congratulations to the members here assembled. We commend their zeal and hope it will meet with the most ample recompense. May this hall be the happy resort of piety, virtue and benevolence: may it be protected from accident, and long remain a monument of your attachment to masonry: may your Lodges continue to flourish, your union to strengthen, and your happiness to abound, and when we shall all be removed from the labors of the earthly Lodge may we be admitted to the brotherhood of the perfect, in the building of God, the Hall not made with hands, eternal in the Heaven."

At the conclusion of the foregoing address, R. W. Bro. Moore was called upon and addressed the Brethren, congratulating them on the pleasant and encouraging auspices under which they were assembled, and referring to the time when more than a quarter of a century ago, he was a co-laborer with the then earnest and devoted Brethren of the Senior Lodge present, in their efforts to re-establish on the ruins of the past, the Masonic edifice which, through the untiring energies, faithfulness and liberality of their successors, has culminated into the elegant and substantial struc ture which is now the pride of its builders, and a guaranty of their future pros perity. Continuing the parallel, he contrasted the present condition of the Order in the town, with its splendid and richly furnished halls, and its four or five hundred devoted Brethren, with the small and inconvenient rooms in which the twenty or twenty-five equally devoted Brethren, a quarter of a century ago, were accustomed, - from necessity, to hold their monthly or oftener communications. He also in this connection referred to the admonishing fact that all, with perhaps six or eight excep tions, of that little band of zealous Brethren, " had finished their work and gone to their reward." He then spoke of the unity and harmony which he understood had heretofore and still continued to characterize and distinguish the present laborers in the field, and to which he attributed the remarkable and gratifying success which had crowned their efforts. And, in conclusion, he spoke of the pleasant relations which he sustained to both the Lodges, and acknowledged in fitting terms the high compliment which had voluntarily been paid him by the youngest. ,

The ceremonies of dedication were then concluded with an earnest and eloquent prayer by the R. W. Bro. Rev. Chas. H. Titus, Grand Secretary, and acting Chaplain of the delegation.

The hall, with its apartments, is one of the most beautiful and convenient in the State. The various rooms are elaborately finished in black walnut, the principal hall is frescoed in the effective style of that beautiful art, and the furnishing is in harmony with the architectural embellishments of the apartments — all bearing the highest testimony to the good taste and liberality of those by whom the work was projected and finished. A large and costly organ, of superior tone and action, stands in the West of the Lodge room, from the manufactory of Wilcox, of this city. The armory of the Commandery is worthy of special mention, as, undoubtedly, one of the finest of its size in the country. This is also finished and furnished in black walnut In fine, we think our Brethren of Fitchburg have abundant reason to be grateful for, and proud of their Masonic "outfit" and present condition.