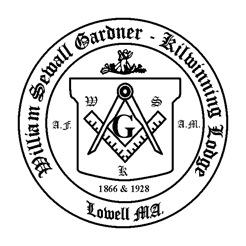 Chartered By: Jeffrey B. Hodgdon

Current Status: formed by the merger of Kilwinning and William Sewall Gardner Lodges, 04/13/2007. 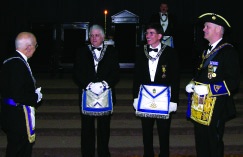 Friday the 13th of April proved to be an auspicious date for two lodges in the 12th Masonic District. On that date, Grand Master Jeffrey Black Hodgdon conducted a merger ceremony of William Sewall Gardner Lodge and Kilwinning Lodge, the first such merger ceremony for lodges in Lowell.

More than 100 people attended the merger and installation ceremonies, which included a starry-decked heaven light show set to music, and ended with a turkey dinner.