Current Status: Under the jurisdiction of the Grand Lodge of Maine as Amity #6. 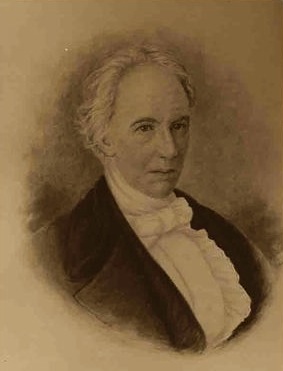 How swiftly glide our flying years,
Alas! nor piety nor tears
Can stop the fleeting day.
Francis' Trans.

To preserve a memorial of the good and eminent among us, who have honored the Craft, and particularly of those who in a generation now passed away, were firm supporters and active friends in that day when the lights of Masonry were few and dim in a stormy sky, is a duty we owe to merit, and where can it be better cherished than on the pages of the Freemasons' Magazine — the only Masonic history in this country ? Filial affection, personal friendship, and Brotherly love, are all gratified to see the remembrance of those Masons who were once honored and esteemed among men, kept as it were embalmed from the oblivion of the grave, on our records of the past.

The Hon. Erastus Foote, of Wiscasset, in the State of Maine, died on the 14th day of July last, at the good old age of seventy-eight years. At the time of his death he was a permanent member of the Grand Royal Arch Chapter of Maine, having formerly sustained the office of Grand Scribe.

Brother Foote was one of the originators of the New Jerusalem Chapter at Wiscasset, and for many years was an efficient officer and active member of the same. I believe he was initiated in Jerusalem Lodge, at Northampton, (actually in Harmony Lodge) previous to his settlement in Maine, in 1800. At that troublous period, when the enemies of Freemasonry were triumphing with the powers of darkness, and threatened and concentrated all their forces to annihilate the Institution in this country, our lamented Brother was an undeviating adherent, firm friend and supporter of the Order. I cannot refrain, after an intimacy of so many years, from offering a passing tribute to the memory of this excellent man and Mason.

Col. Foote read law with the Hon. Samuel Hinkley, of Northampton, was admitted to the bar in 1800, and immediately commenced a very successful practice at Camden, Maine. In 1811, he was appointed County Attorney for Lincoln, in 1812 elected Senator of the Legislature of Massachusetts, and in 1815 removed to Wiscasset. In 1820 he was chosen Senator of the Legislature of Maine, then organized as a new State, and the same year was appointed, by Gov. King, Attorney General. This office he held twelve years, and gave a tone and character to the criminal jurisprudence, which were honorable to him and highly appreciated by the public. The late distinguished Chief Justice Mellen had a very high opinion of his talents and learning in that department of the judiciary ; and the eloquent Benjamin Orr — then at the head of the bar of Maine, and scarcely surpassed in New England, and who in his lifetime was engaged in almost every important trial — used to say "that it was almost impossible to wrest a criminal out of the hands of Brother Foote. But no man could be kinder, where he thought an individual was unjustly suspected and vindictively accused. He was the prosecutor of the guilty, not the persecutor of the poor and friendless.

As a counsellor and advocate he stood in the foremost rank of jurists; and at a time when there were many talented men and sound special pleaders in the State.

The profession was not then thrown open to illiterate purveyors of suits, and a mere brokerage of emolument. In all the relations of life, as a husband, father,  citizen and neighbor. Br. Foote ever bore an exemplary character, beloved and re spected. In a word, he was truly a good man. The last time I ever saw him, we were sitting together in his beautiful garden, near "the deep waters of Sheepscot,"  as he used to describe his residence, and there under an arbor of fruit trees his own hand had planted, we were conversing on the changes of times and the distinguish ed men among the Brotherhood,who had died within a few years; and he remarked, I shall soon follow them. As we parted, he exclaimed, " God bless you," and I ob served as he spoke, a deep thoughtfulness in his countenance and a moisture in his  eye. I gazed upon his face, upon his tall, noble figure somewhat bent with years, and I thought, alas, how few are now left of the old school, whose urbane man ners and dignity of bearing gave such a charm to social intercourse and all the en dearments of life. The loss of such a man is more deeply felt, when sound learn ing, courteous address and exalted virtue are only appreciated by a few, and too of ten forgotten among the turbulent excitements of the day.