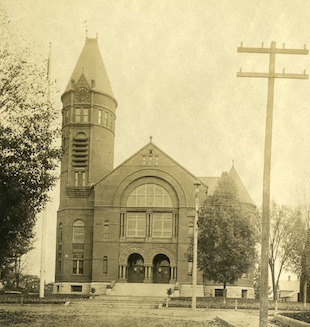 M. W. Henry Endicott, Grand Master, accompanied by officers of the Grand Lodge, laid the corner-stone of the new town hall in Southbridge, Mass., on July 4th, with Masonic ceremonies. Quinebaug Lodge escorted by Worcester County Commandery formed the masonic part of the procession, in which other societies were largely represented. It was an occasion in which the people of the town appeared to be interested, generally, and coming as it did on the great national holiday, all classes had opportunity to participate in one capacity or another.