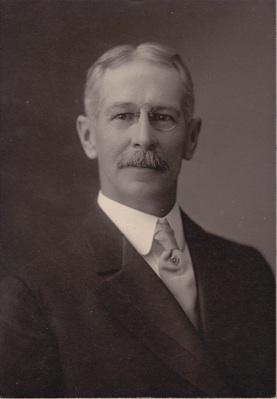 He was a member of Tabernacle Chapter, R.A.M., of Melrose Council, R. & S. M., a Past Commander of Beauseant Commandery, K.T., Past Thrice Illustrious Master of Boston Lafayette Lodge of Perfection, and a member of all the other Scottish Rite Bodies in Boston. In 1924 he was elected an Honorary Member of the Supreme Council, 33d Degree.

Funeral services were held at the Centre Methodist Church of Malden on Friday, August 21,1942, followed by the Masonic burial service by the officers of Converse Lodge. His many activities in social, civic and military life will be set forth in a Memorial to be presented by a Committee appointed for that purpose.

We prize Brother Ballard's friendship, rejoice in his long and distinguished career and sincerely mciuin his passing, but surely "His works do follow him."

He was District Deputy Grand Master of the Seventh Masonic District in 1908, Grand Marshal of the Grand Lodge in 1909-11 and Senior Grand Warden in 1912.

He was a member of all the Scottish Rite Bodies, was Thrice Potent Master of Boston Lafayette Lodge of Perfection in 1922-1925 and had received the Honorary Thirty-third Degree in the Supreme Council of the Northern Jurisdiction. He well deserved all of these Masonic honors.

He began and ended an active business life with the Boston Rubber Shoe Company and United States Rubber Company. For many years he had been active in the State Militia, now the State Guard, and rose therein to the rank of Colonel.

He was active in civil life, and as a citizen and as a Mason, was held in the highest respect.

His friendship will ever remain a pleasant memory.