Difference between revisions of "MAGLGDelano" 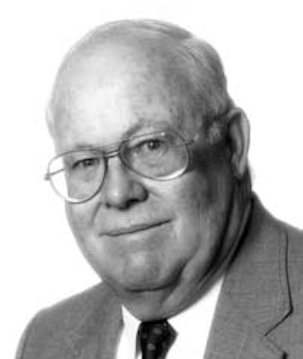 Hie appointment of Right Worshipful nM G. Delano of North Dartmouth as the Deputy Grand Master brings to Massachusetts Masonry the service of a man whose commitment to the Craft began twenty-five years ago.

A Past Master of Noquochoke Lodge 1964-65) of Westport, Brother Delano served nine years as its secretary and is now the Lodge Proxy to Grand Lodge. An affiliate with Abraham H. Howland Jr. Lodge of New Bedford, he is a Trustee of two of its funds.

A Past Master and Past Secretary of the 26th Lodge of Instruction, Brother Delano was a Grand Lodge Pursuivant (1968-69), has been a Committeeman of the Educational Department since 1970 and was the District Deputy of the New Bedford 30th District, 1973-74. He was presented the Dr. Joseph Warren Distinguished Service Medal in 1980, the year he was President of the Massachusetts Secretaries Association.

A member of York Rite and Scottish Rite Bodies, he is affiliated with Aleppo Temple, A. A. O. N. M. S., the Shrine Club of Southeastern Massachusetts and Royal Order of Jesters.

The President and Treasurer of Joseph K. Delano Saw Mill, Inc., he is active in the Smith Mills Congregational Church; a Dartmouth Town Meeting Member for 33 years, Dartmouth Historical Society, the Wamsutta Club of New Bedford and the Dartmouth High School Alumni Association. He served with the U.S. Army Amphibious Forces, 1943-46.

Married to the former Agnes O. Broadland, the couple has two married sons and three grandchildren. Brother Delano is proud of his family roots that trace back to 1621 with the arrival in Plymouth of the French Huguenots. One of his forebears was among the original purchasers of the Town of Dartmouth.

Most Worshipful Grand Master and Distinguished Masons All:

Sort of overwhelms you when you hear your history read aloud. Most Worshipful Grand Master, distinguished guests, and Brethren, my previous attendance at these feasts in celebration of the anniversary of St. John the Evangelist have been happy and relaxed occasions.

Never did I dream of finding myself on this side of the head table. Reminds me of the story of this man in New York City who decided when he had a fluorescent tube burned out in his office, instead of getting hold of the superintendent of the building, he would buy one at the hardware store and bring it in, install it, and everything went fine.

He left the building and on the way to the subway he finds the receptacle had been moved. So he proceeded to the subway. He sat down. He had the tube all wrapped in a piece of paper and held it in an upright position.

Before he knew it, somebody else had grabbed ahold of it and thinking it was an upright in the subway, he said, "Here's my opportunity." So he got up out of the subway and left the man standing there with the tube. So, Brethren, here I am with the tube.

I remember in my early days of my Masonic experience the Worshipful Master of Noquochoke Lodge in Westport asked me to take an appointed office in the Lodge. My answer was to let me start at the bottom of the line and work up slowly. And, my Brothers, here I stand before you receiving the rich rewards that are mine and my feelings are those of bewilderment.

To those who have been so supportive to me over the years, a great big thank you, and you all know who you are. The Grand Lodge Education Department has been an inspiration to me. Its leaders, whom I have assisted, have made my Masonic life very rewarding.

We are now starting on a new Masonic year and with it there will be some changes in our Lodges of Instruction. Under the guidance of our new Director, Most Worshipful Arthur H. Melanson, new programs will be instituted. And I know there is a lot of pride in the current Lodges of Instruction, but we must put first things first and get back to educating our candidates and line officers. Our fraternal fellowship must be carried on in our Lodges and other Masonic functions.

I think it is important that we search for the best in others, and in return give them our best. We should truly live our Masonic way of life each day and we will help to make this world a better place, better than when we found it.

And to you, Most Worshipful Grand Master, I pledge to you my personal loyalty and to the Grand Lodge and will be ready to serve you and assist you at any time. And speaking for the appointed officers, I wish to express our sincere thank you for the privilege to serve Masonry and this Grand Lodge in the years ahead.

After having been given this opportunity to speak, I will now be seated and enjoy the rest of the evening.