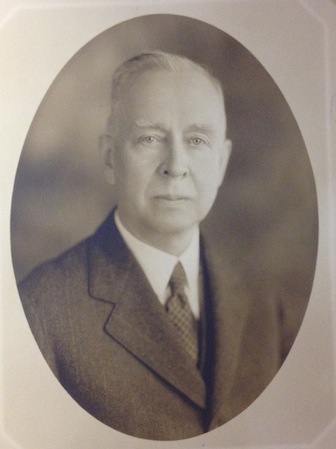 Surrounded by his family, Right Worshipful and Colonel Charles Seward Proctor stepped from his chamber of sickness to the next room in our Father's House on February 28, 1958. Behind him he has left a void that will not easily be filled, because of the number and the quality of the services he has given his fellow-man.

The last two years during which Brother Proctor was confined to his home, because pneumonia had left him with a damaged heart, were difficult ones for him. His love for Masonry and his keen active interest in the afiairs of life made inactivity a burden. His advice and counsel were greatly valued and often sought. It was always good and always freely given.

His military record consists of four years' service as Captain, National Guard; two years as Major on the staff of Governor W. M. Crane; and as Lt. Colonel, 16th Regiment State Guard during World War I. In this latter capacity he helped to train some of the young men who patrolled Boston during the police strike.

He received the Entered Apprentice Degree December 5, 1889; the Fellow Craft Degree February 20, 1890; and the Master Mason Degree March 20, 1890, all in Pentucket Lodge of Lowell. Six years later he was Master of his Lodge for two years, District Deputy Grand Master of what was then the 11th Masonic District, now the 12th, in 1906-7, and Junior Grand Warden of the Grand Lodge in 1914. In 1894 he received the Royal Arch Degree and served Mount Horeb Chapter as High Priest in 1897-9. He received the Super Excellent Degree in Ahasuerus Council in 1906 and the Degree of Order of the Temple in Pilgrim Commandery in 1895. He was also a member of the Lowell Lodge of Perfection; Lowell Princes of Jerusalem; Mount Calvary Chapter of Rose Croix; and Massachusetts Consistory. He was Adjutant of the latter in 1910-12.

Brother "Charlie," as he so much liked to be called, served the Grand Lodge o{ Massachusetts as Chairman of the Committee on Records since 1928. For eight years he was Representative-at-large on the Board of Masonic Relief. He held the Henry Price Medal and the Veteran's Medal.

As Senior Past Master o{ Pentucket Lodge, his willing spirit and superior judgment were invaluable assets to the successive Masters, who availed themselves of his work and wisdom. He was very attentive to all the calls made upon him, and enjoyed exceedingly attending Masonic functions on the suite of the Grand Masters. A friendly man, a devout Christian, a public-spirited citizen and a genuine friend, he will be remembered as long as any who knew him.