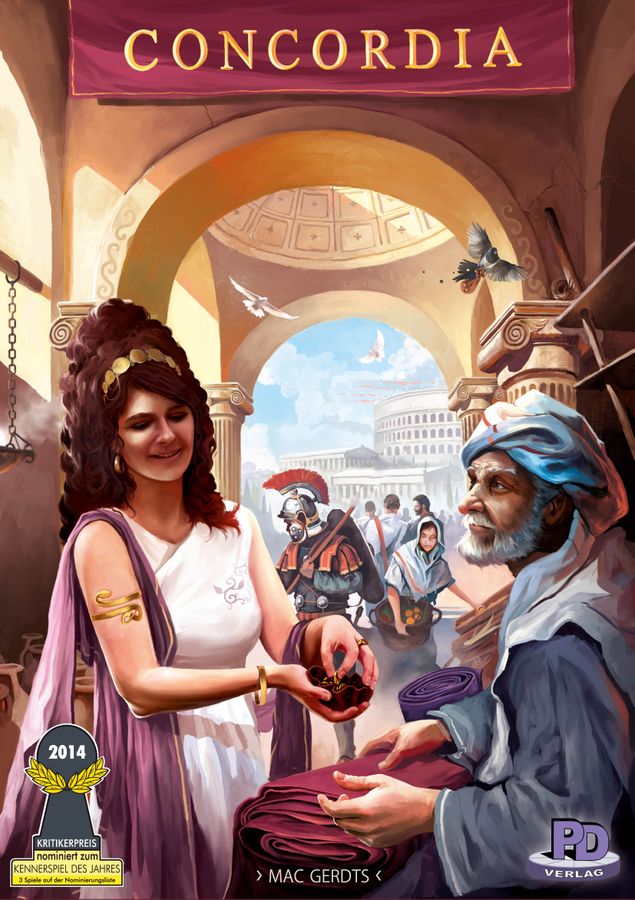 Concordia takes another look at an economic / civilization development game using something like a deck building engine. Each player has a set of action cards that are played in turn to a discard pile; one, the Tribune, allows all played cards to be picked up - a sort of reset that restores all options. 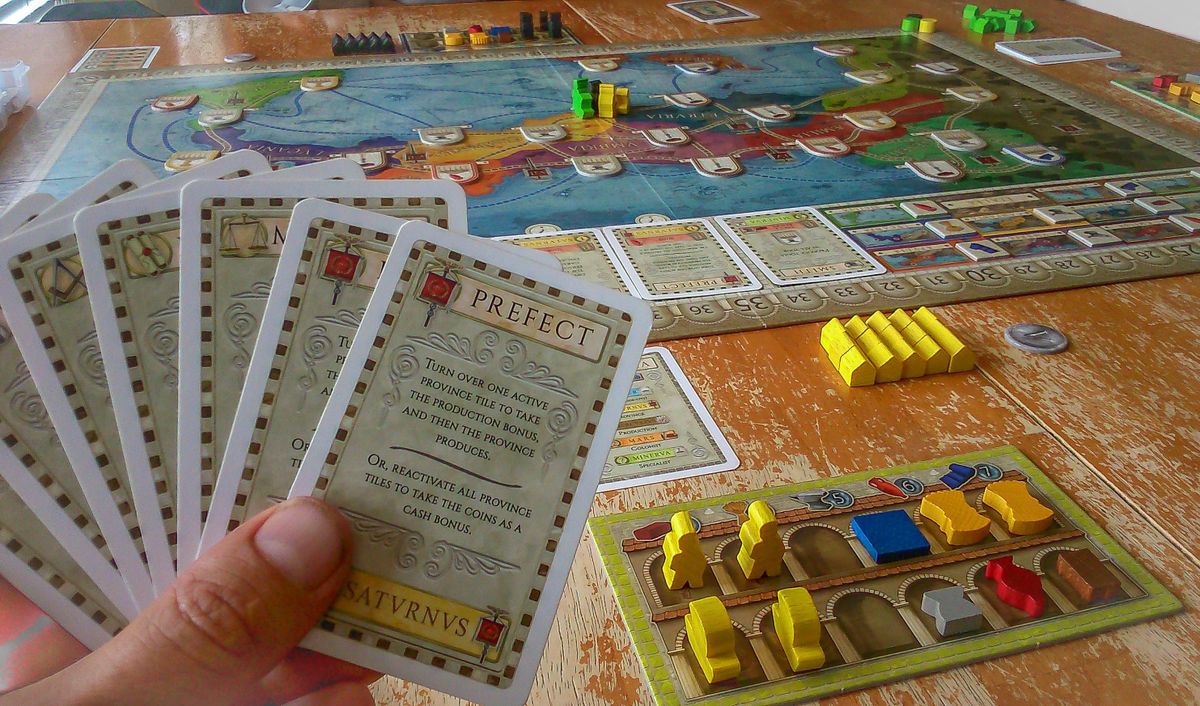 During the course of the game, you'll play cards to move land or sea workers to various locations; build cities; make money; produce goods (used to finance all activities); and acquire new cards from a display.

There's a certain amount of randomness. Cities are each associated with a goods type, and there are advantages to having a diverse collection of cities. It's also useful to have as many units on the board as possible; to have a presence in as many provinces as possible; and to acquire as many new cards as possible. Having lots of money is good too. In short - do everything. And of course you can't - there are only so many turns. 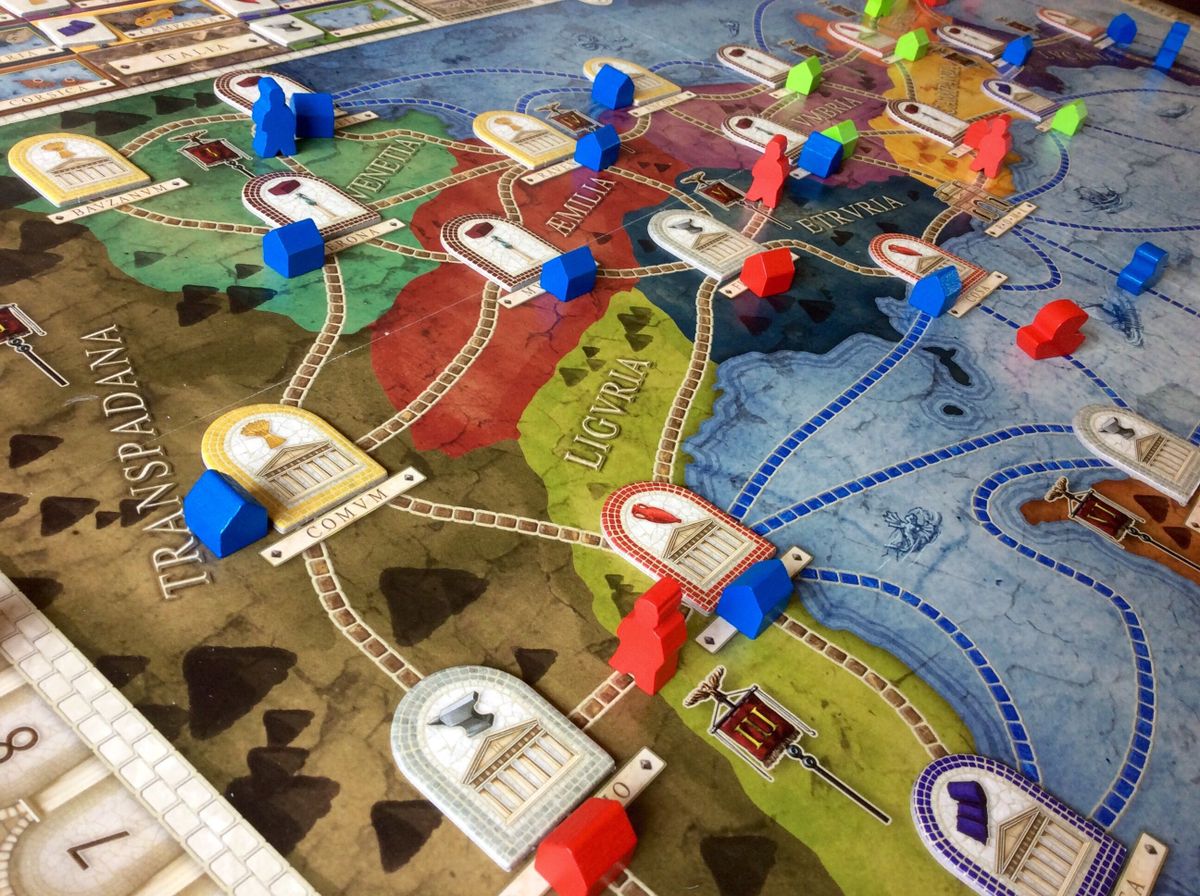 But the real kicker at the end of the game is that scoring is done based on the God depicted on the cards; each God scores a different thing – provinces, cities, workers on the map, and so forth. It means that it's not completely obvious who's winning until the final scoring – there's so much you have to try and do. 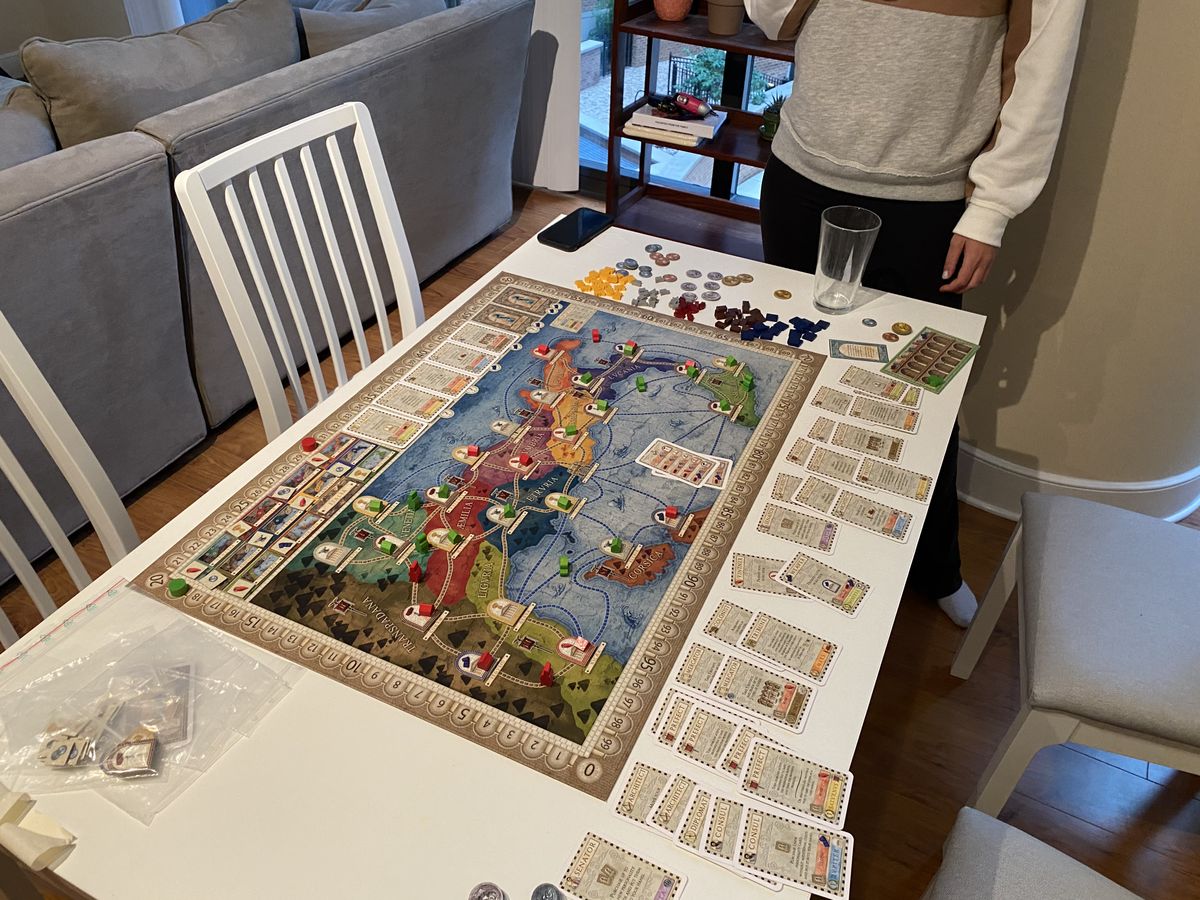 There are a large number of additional maps published for the game, and we have most all of them. There are also two substantial expansions (we have both):

Overall we like this game a great deal, and its clever card play (which isn't completely new: it was in Dorra's Kreta more than 15 years ago; and it isn't the only game that implements this sort of play – it appears in Friese's Faiyum.